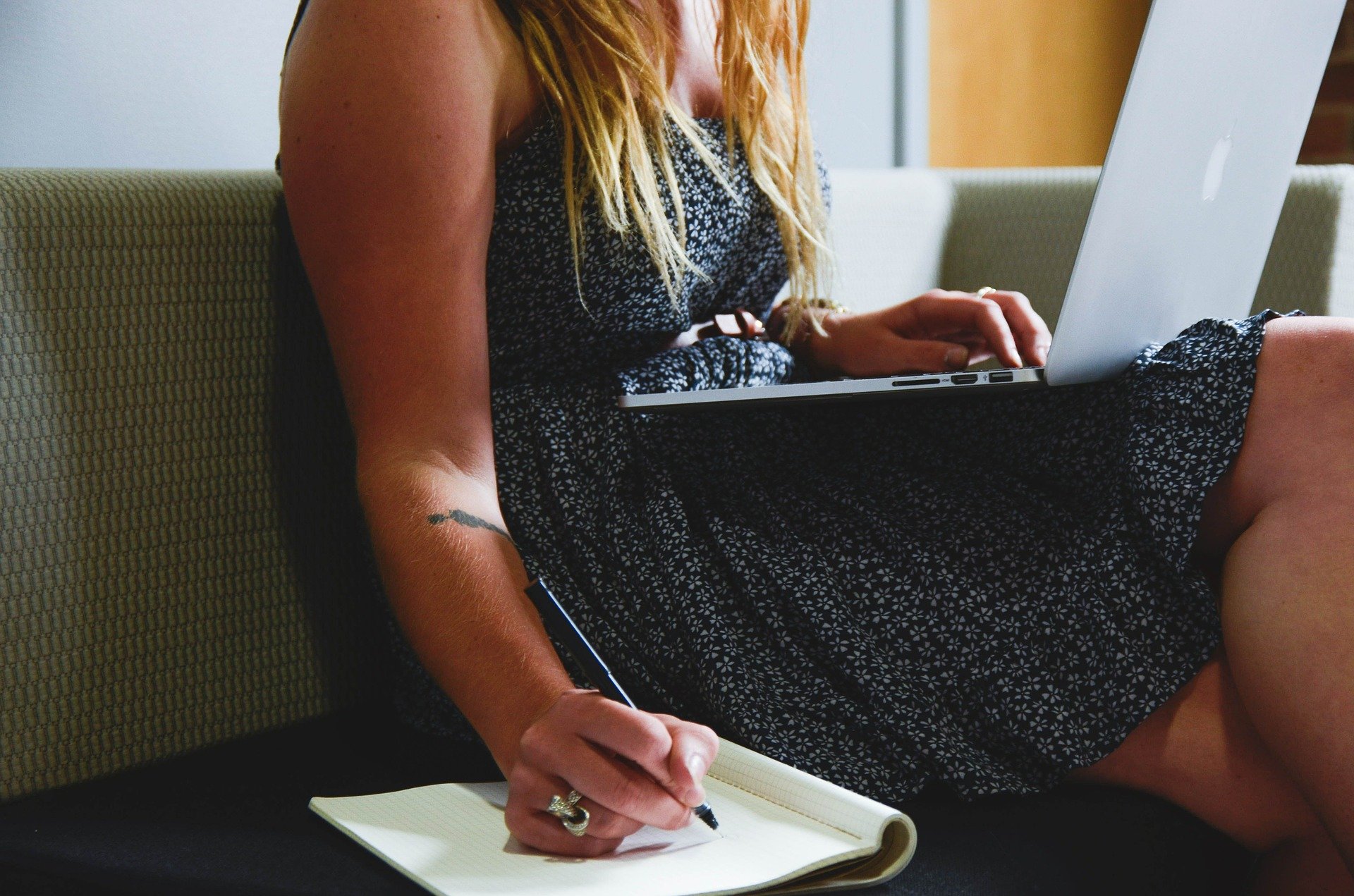 Why You Should Care: Because writing is more than making some words happen. It’s how you communicate and thus, how you’ll be perceived and whether you’ll be understood. To get writers that will really matter, you’ll need to know what makes a great one.

“Storytelling.” Blah blah blah. Sadly, it’s become the latest in a long line of content marketing buzzwords that seemingly gets loaded into every blog post and convention speech. As happens with most buzzword flavors of the month, it’s inserted casually, a fully expected and accepted cliché, with little hint as to the real power behind it.

Why did we start saying that term so much? What is it that we’re trying to convey when we whip it out of our verbal holster? It arose from the notion that using content marketing to aggressively sell wasn’t as smart as building trust using content that deepens the understanding of and connection to the brand. “Storytelling” became shorthand for “something other than salesy copy.”

What are your thoughts as a communications leader about such things as story, narrative, message, emotion, entertainment and journalism? For many, that’s all just fluff that doesn’t warrant serious consideration because there’s no appreciation for the difference it can make. You’re writing the same stuff the same way, you’ve just started calling it storytelling because well…that’s what you say now. For others, you look at the copy your organization keeps cranking out across your many channels, and you know in your heart it’s mostly just pablum that adds to the noise and will goose egg with the desired audience. You know something’s missing.

Where exactly is effective communication NOT necessary? How many times do we have to watch non-existent or poor communication drive teams and projects off the rails?

What’s missing is real, experienced, professional writing talent. The ones who know there are essential elements of story that must be present for content to matter. The ones who know there are goals for storytelling and expected outcomes for the successful kind. The ones who have studied the tactics developed through eons of writing for the page and screen. Such writers are needed not just in marketing, but across every aspect of the org. Because where exactly is effective communication NOT necessary? How many times do we have to watch non-existent or poor communication drive teams and projects off the rails?

But for now, let’s focus on marketing, specifically content marketing. What is the difference between the kind of marketing writers we tend to hire now and the storytellers that give you a decent shot at attention in our uber-crowded content world?

Marketing writers primarily concern themselves with such things as selling and branding. After all, they answer to a marketing director that is probably increasingly tasked with driving revenue. Their job is to talk about the brand and convince.

Storytelling writers understand that if they do their job right, branding will be stronger than ever. The prospects will have a firmer grasp on who the brand really is, as if it were a human character. It will be clear to the prospect how having a relationship with that character can make their life richer. It’s pull vs. push. They will have been moved to act on the CTA driven by their own motivations, not the brand’s needs.

Marketing writers are often commoditized as low paid, entry level role-fillers. That is a mighty peculiar way for a company to view the role of writing considering the entirety of what prospects learn about you, see in you, and hear from you is in their hands. Go ahead. Have the greatest product, value proposition, staff and technology you want. Nothing can tank it all faster than your public gateway being someone who’s just cutting their teeth. That’s crazy.

Storytelling writers are professionals whose intrinsic value is in the experiences of past work and experimentation, plus the soft skills of audience empathy and maintaining the audience POV. It’s almost hard to even put a price on that, as empathy is a natural trait that’s quite hard to teach.

Storytelling writers are obsessed with the audience. All of the reward is in being able to attract them, move them and matter to them.

Marketing writers go through their average day mostly trying to please bosses and internal stakeholders. That works if all you care about as the boss is loving your own content regardless of what the audience thinks.

Storytelling writers are obsessed with the audience. That’s who they’re looking out for. That’s who they’re working to please. They are the stakeholders. All of the reward is in being able to attract them, move them and matter to them. Beyond that, they also care about earning and building audience trust as a content publisher.

Storytelling writers maintain an outsider’s perspective. They see the brand and the message through the audience’s eyes. They win with clarity, brevity and emotion – which is after all what motivates human beings to take an action.

Despite technology and modern ways of working, marketing writers are largely still expected and willing to suffer spirit-consuming commutes, sit in their assigned area for designated creative hours, serve as warm bodies in unproductive meetings, and generally participate in corporate culture theater. The signal is quite clear they are not trusted, nor is what they do understood.

Storytelling writers are pragmatic free spirits. Their professionalism and need for full understanding will have them gladly attend any meeting or collaboration session. But they also need to live real lives and be wherever inspiration might strike. They know that to deliver their very best work and be of maximum value, they need to work where/when they’re most productive.

Marketing writers typically have to also be something else. Writing is PART of their job. You’ll often even see UX designers who are expected to provide all their own copy to populate the boxes and pages they’ve designed. It’s another symptom of the dismissive disrespect the craft of writing and communication often encounters in our organizations. Writing is easy, anybody can do it and it just kinda happens by magic, right?

Storytelling writers see nothing else as being more important than the message, the narrative, the characters and the words. Yes, they work very well with other practitioners with an eye toward final product. And yes, many storytelling writers will have additional skills to offer. But they’ll always see the ideas and the writing as the foundation of the house.

Storytelling writers know some ideas are worth fighting for and that encouraging creative chances is how you bring real value as opposed to taking orders that pursue “fine” over “fantastic.”

Marketing writers will normally acquiesce when challenged. They pretty much have to. They serve at the pleasure (mercy) of stakeholders even if those stakeholders do not have the entertainment and journalism experience to render qualified judgment on what will and won’t please audiences. Internal stakeholders know what they want, make the assumptive leap that external audiences will feel the same way…and authority over the creative is thus asserted.

Storytelling writers will always fight for the impactful, the different, the creative, the interesting and the compelling. They know what their content will be out there competing against for time and attention (Netflix, Disney+, Amazon Prime, etc.) They know some ideas are worth fighting for and that encouraging creative chances is how you bring real value as opposed to taking orders that pursue “fine” over “fantastic.”

The Challenge: You’re counting on telepathy and it’s not working. The value of your company and product is in your head, but it has to be communicated to others. You have to get them as aware and impressed as you are. Of course you love your own company. Maybe you’re proud of any content your company makes, like a parent putting a child’s artwork on the fridge because hey, their kid made it. But just making something isn’t the job is it? You want to make something that matters. Which is why who you get to craft the narrative MATTERS. Is it possible your audience has been shrugging its shoulders because you’ve been settling for marketing copy? Do you know what it means to make “storytelling” something more than a buzzword?

And oh yeah, when was the last time you read something about your brand that gave you an emotional rush?