Read on, or choose another section of our series to dive into. 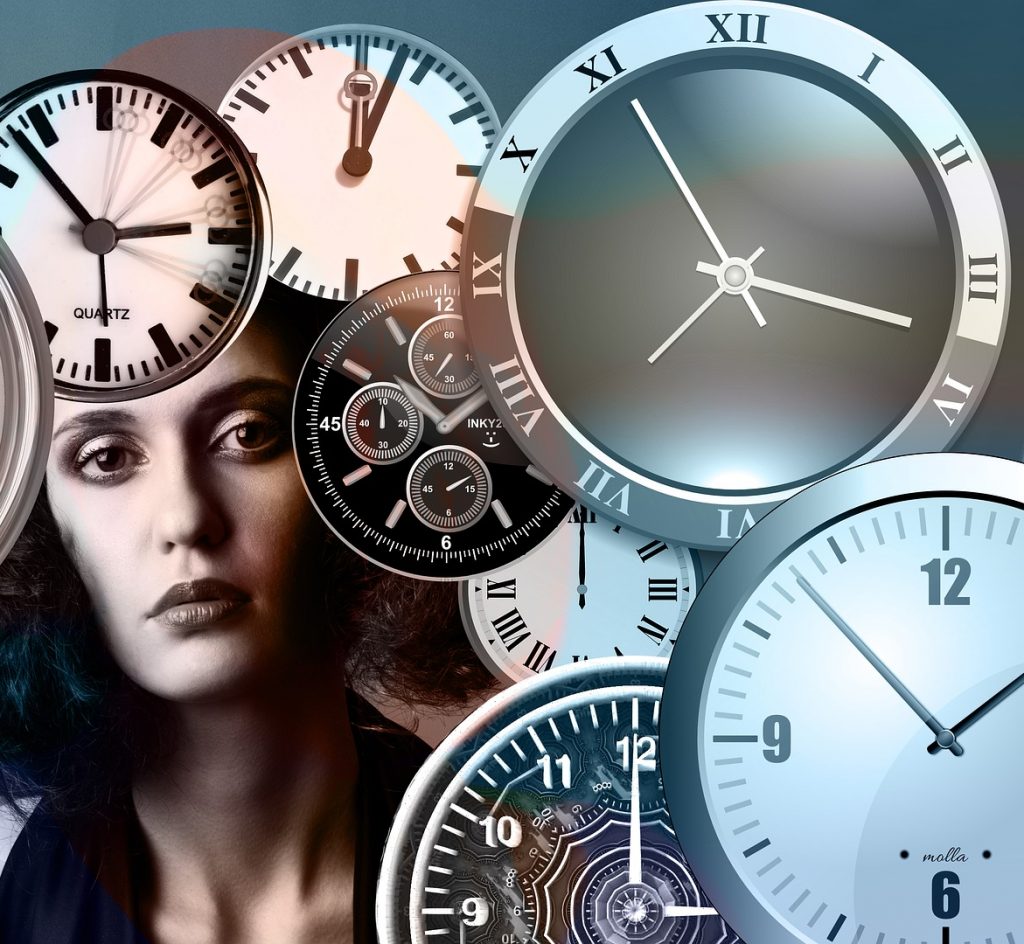 You can have the greatest content the world has ever seen, but if nobody knows it exists, how can it do you any good?

There was a time, which thankfully we’ve mostly evolved out of, brands fully anticipated being able to make “viral” videos; content assets that would get millions of views because people would love them so much that they’d be compelled to share it. And then those people would share it, and so on and so on! Not completely impossible. But it’s a bit like starting a band and thinking you’re going to be the next Beatles. It’s naïve and a rookie way to think.

Since that kind of thinking dominated the landscape, there’s been an explosion of content makers and distribution channels that make it hard to get seen and complicated to know if you’re putting out the right thing, although you can refresh yourself with the “How to Know Your Content Marketing is Working” post of the Content Marketing for the Very Busy series. It became easier and easier for anyone to make content, and the number of different ways and places the public could discover and get content multiplied rabbit-like. The quality of that content may be questionable, but there’s no denying the sheer volume of it, and the noise and cries for attention it created through which today’s content marketer must somehow cut through.

While everyone’s vanity enjoys a huge audience, the truth is not everyone matters.

Don’t panic. Fortunately, we’ve gotten a lot smarter about who should see our content. Your video can be seen by 100,000 people. But that wouldn’t be as valuable as it being seen by 500 people who are legitimately qualified prospects for your products and services. While everyone’s vanity enjoys a huge audience, the truth is not everyone matters. The game then becomes how to find, then get your content in front of your most likely prospects.

Finding your audience sounds easy, and most articles make it sound easy. But frankly it’s work. It takes time. Because someone in your org has to authentically become one of your audience. They have to be in the groups, the forums, the channels, the associations. They have to be fans of other people’s content. They have to know the language, the problems, the inside jokes. They have to participate as a community member, not as someone who’s only there because it’s their job to push a brand. For many marketers, taking this sincere, value-based approach is very hard, because they want rapid results and tend to do sledgehammer messaging. You need to be Dian Fossey among the gorillas, and she didn’t go in pounding her chest.

Instead of being a carnival barker trying to con people into your show, you have an audience who wants to come to your show.

That’s how to organically start building your high-value audience. You or your rep will become known, then you’ll become trusted, then people will willingly sign up for your email list, then they’ll keep wanting to get your content. Why? Because you’re going to prove to them over and over that your content is made with them in mind and its mission is to help them. It’s slow but it’s real.

Fair warning, most of the effort and patience will be required up front. But as you start winning real fans, the network effect eventually kicks in and your word of mouth spreads and compounds. As long as your audience is growing, you’re going in the right direction. Now, instead of being a carnival barker trying to con people into coming in to see your show, you have an established audience of people who want to come to your show, because they know you always put on a great one.

Users are savvy enough to see the sponsored tag. It doesn’t mean they won’t engage with the content, they just come into it seeing you as an advertiser.

People like to pretend that’s something new, amazing, and genius. It’s nothing of the kind. Political candidates have sought endorsements since politics began. More recently, radio hosts were paid a premium to endorse an advertiser’s product on the air (now having the host of a hit podcast talk about you has become a premium marketing item). Maybe you pay this influencer. I hear those Kardashians charge $1M for one Instagram post. Or maybe you get the influencer as a genuine fan and they want to help you out. If you have audiences of equal size, you can trade mentions and exposure. If you don’t already have a list of the “stars” in your field, start making one.

As for paid promotion, yes you can pay platforms like Facebook and Twitter to get your content in front of a wider number of hopefully relevant eyeballs. And that’s fine. Just know that what you’re really doing here is advertising. Users of these platforms are savvy enough to see the “sponsored” tag. It doesn’t mean they won’t engage with and like the content, they just come into it seeing you as an advertiser. Many users skip over and give no consideration to any sponsored content.

Don’t beat yourself up. It’s crazy crowded, the audience’s time is limited, and everyone wants the same things from them.

Choose your paid distribution and promotion channels carefully (You can use the list in the distribution post of this series). Choose your target audience carefully – keep it niche. Choose your spend carefully. And be honest that you’re advertising on behalf of your content, which is good and worthy content.

Don’t beat yourself up. It’s crazy crowded out there, the audience’s time is limited, and everyone is wanting the same things from them – clicks, likes, comments, shares, reviews, subscribers, etc. Become a valuable partner and helper to one person, one company. If you can become that for one, you can do it for thousands.

Once you’ve gone through the series and feel like you’re ready to talk about what sensible next steps can be taken, we’d love to talk shop with you, no commitment. Just fill out the easy form, or email Stiles, or we hear sometimes people still actually use the phone! Feel free to do that to. 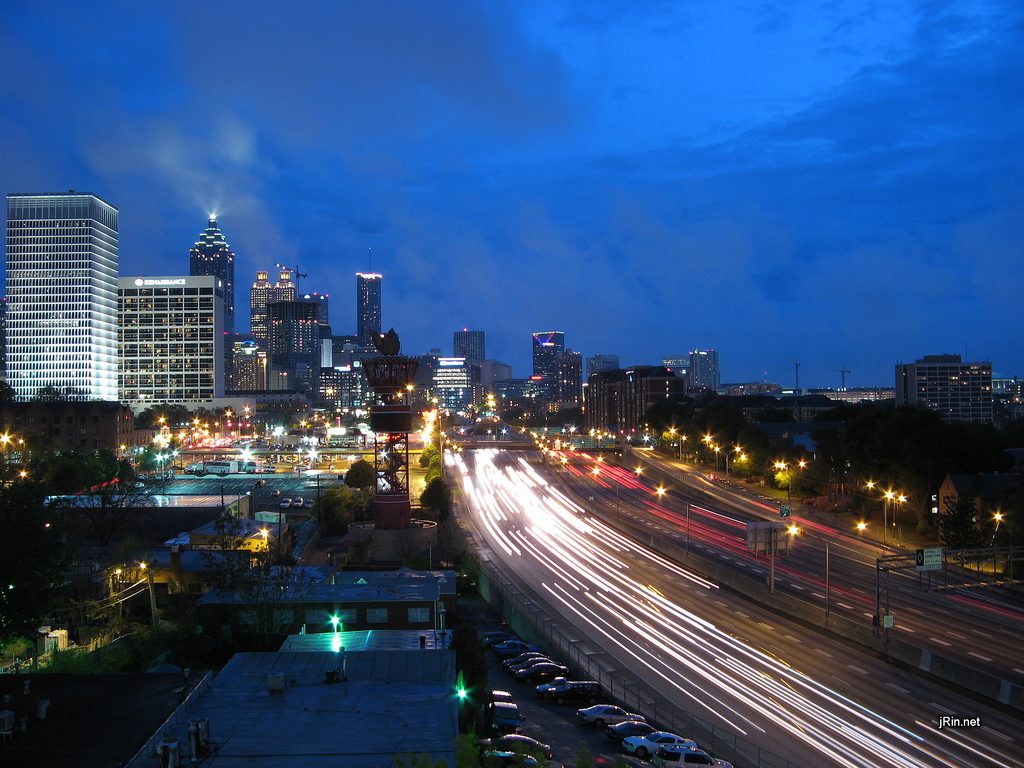 There are many ways to get useful material and commentary on content marketing from us. We like LinkedIn the most , but take your pick. 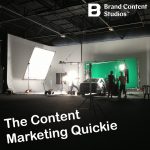